Having a surety bond claim filed against you is not a pleasant scenario. Though contractors should always try and avoid getting into surety bond claims as best as they can, in some cases it will be inevitable. The good news is that you are not alone. The surety that underwrote your contract bonds can help you out in times like this. You may be surprised but sometimes surety bonds are not just protection for the people you work with, but also for you. Let’s take a look at what to do in case of a claim, so that the surety bonds company will be able to help you get back on your feet.

You probably know that construction bonds, like most types of surety bonds, do not act as insurance to you, but rather to third parties, such as project owners or  subcontractors.

Depending on the type of contract bond you had to post, each claim can be different. For example, payment bond claims are filed against your payment bond if you failed to pay your subcontractors, suppliers or laborers. A performance bond, on the other hand, guarantees the completion of the contract, so if you default before it is finished, a performance bond claim can be filed. These two are the most common types of surety bond claims in construction contracts, so they will be the focus of this article.

What happens in case of a valid claim is that the surety is legally responsible for repaying it. Since you signed an indemnity agreement with the surety, however, it will be your responsibility to reimburse it in full.

Communication is a Must for Dealing with Contract Surety Bonds Claims

As we said, sureties are also legally responsible for your contract bond claims, so it is in their interest to help you out.

If there is something about surety bond claims that everyone agrees on is that timely and comprehensive communication is the only way to minimize and mitigate damages. In fact, there is a special clause in some performance bonds that states that the three sides of the contract (principal, obligee and surety) should have a meeting before a default is announced. Even if there is no such requirement in your bond form, it still makes sense for you to call for such a meeting and resolve issues out of court.

Often, contractors may hesitate to inform the surety on time out of fear that this may anger the surety and threaten their relationship or because they are hoping that the damages will be offset as long as they do other work on top of that. But these fears are groundless and a delay in communication is much more likely to produce a negative response than presenting the news straight away. Remember that some of the ways in which the surety can help you are time-sensitive, so this should be your biggest incentive to communicate all issues on time.

How Sureties Can Help During Contract Surety Bond Claims

Depending on the type of issue you are facing, there are three main scenarios construction bond claims fall into. Let’s take a look at each of them and see how sureties can intervene in your favor.

In some cases, where there is a dispute that is not of large proportions, and the claims have a legitimate basis, a settlement is the most likely and preferable outcome, especially if you have an otherwise sound reputaiton.

Тhe surety may just act as a mediator between the contractor and the claimant. You will likely pay a small settlement, which is the much better option than going to court over it. Dispute of that kind are not likely to endanger your relationship with the surety, so you shouldn’t be wary of notifying it as early as possible.

Scenario 2: Risk of Default Due to Unexpected Circumstances 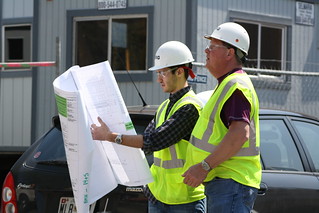 There is another type of scenario where the contractor is in real risk of default, but this is due to unexpected circumstances rather than systematic negligence. For example, one of your projects is draining all of your financial resources, so you cannot complete another, even though you have the technical capability. If you communicate the issue with the surety and show that you are spending more than expected and this is threatening the completion of the project, the surety may agree to help.

This type of scenario will take a lot more time and back-and-forth communication but may ultimately work in your favor.Sureties have a strong team of lawyers, which they can assemble to help you build a really strong claim case, so you can recover some funds and continue working on the project.

This is the worst of the three scenarios. Here, you are experiencing serious difficulties and would not be able to complete the project without the help of the surety. Again, what many contractors do is hesitate to communicate the problem, because this scenario almost certainly means losses for the surety. However, timely communication may largely offset these losses.

Sureties can provide accounting and financial help to the contractor, so that they can finish the job. Often they will take complete control over project finances. The good news is that the surety may never notify the project owner, so if you are in good terms with the client this won’t endanger your relationship.

All of these scenarios come to show one more time why early communication is of extreme importance. The longer communication is delayed, the more tension usually builds up between all sides involves, which makes a friendly dispute resolution less likely.

Do you have more questions about contract bonds and surety bond claims? Do not hesitate to call us at 866.450.3412 or contact us via email.

Payment Bond Claims: How to Avoid Them and What to Expect